Of the numerous advances in the medical field pertaining to how to keep a body healthy, the benefits of regular exercise far outweigh almost every other therapy for most people. Everything from muscle tone, cardiovascular health, prevention of diabetes and osteoporosis, to stress relief and mental health are directly and positively influenced by a daily routine of physical activity. And while it is a commonly held belief that weight loss is related strictly to diet, weight loss occurs when more calories are burned than consumed. Coupling good nutrition with healthy exercise is the best way to maintain a healthy weight and healthy physiology. The movement Exercise is Medicine is committed to the belief that exercise and physical activity are integral to the prevention and treatment of chronic disease and should be a regular part of medical care. 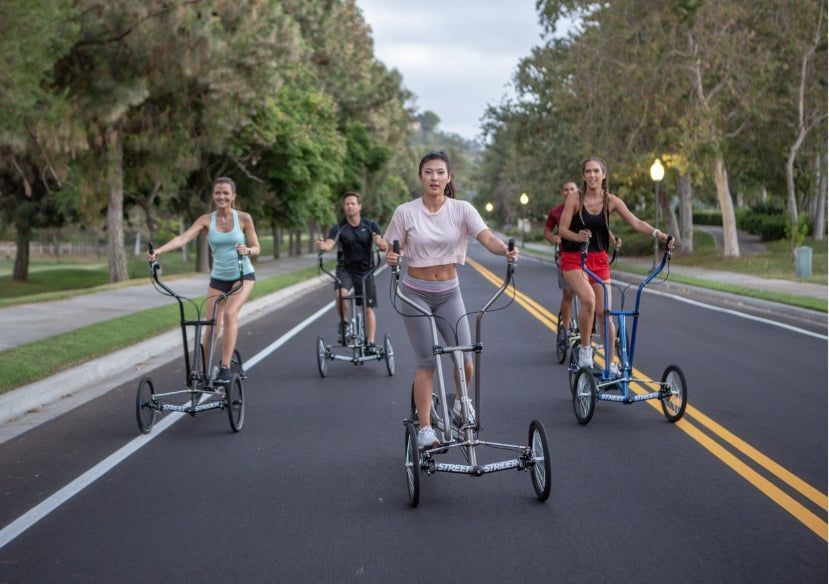 StreetStriding could be considered one of the best exercises that we humans can do, for a major part of our lives. The StreetStrider provides a natural, weight- bearing, jogging-like exercise that is ideally suited for humans, as we are anatomically built for jogging. In fact, StreetStriding is even better than jogging because it is low impact and exercises the whole body, providing exceptional cardiovascular benefits.

It is very important to find exercise that is not only beneficial but does not overstress or damage the body. The adage of no pain no gain does not have to be accepted. The StreetStrider will engage you in vigorous challenging exercise, but it does not damage your body with joint pain or impact pain. 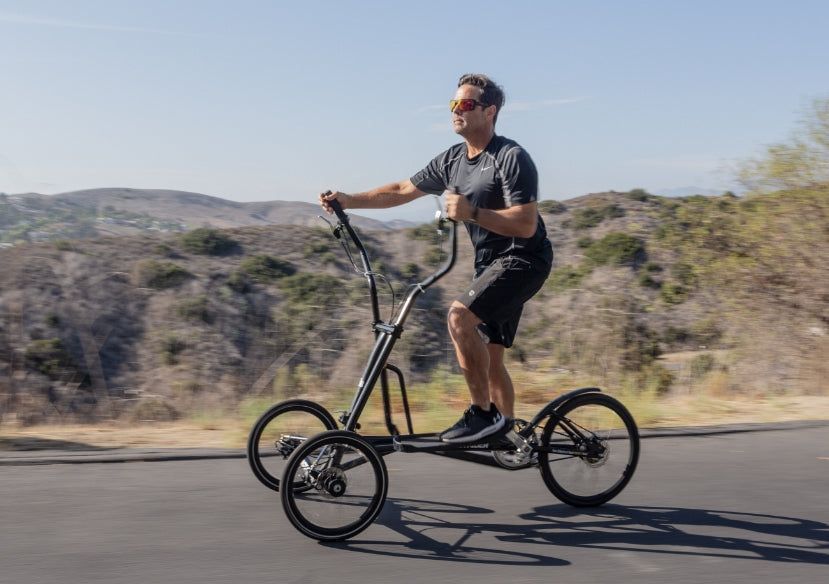 Obtaining sufficient exercise on a daily basis can be difficult considering the time limitations that most people face. Multitasking is often described as being counter-productive if the simultaneous tasks require similar neural operations. However, StreetStriding represents an efficient multitasking activity by combining an economical mode of transportation with an excellent mode of exercise. Additionally, the ability to carve while steering the StreetStrider gives an exhilarating sensation like skiing downhill, so the fun factor is substantial, providing motivation to maintain StreetStriding as part of a daily regimen.

StreetStrider Compared to Other Exercises

Bicycle. A bicycle, although an efficient means of human-powered locomotion, is propelled almost exclusively by the legs, so it does not offer the same full body workout as the StreetStrider. The cyclist's posture, although providing minimal air resistance, can be anatomically quite stressful due to pressure on the soft tissues of the groin and the ulnar nerves of the wrist, as well as sharp unnatural angles of the vertebral lumbar and cervical regions. In addition, cycling is not weight bearing. In contrast, StreetStriding is a natural weight-bearing motion. A study done by Neil Wolkodoff, PhD, at the Rose Center for Health and Sports Science, Denver CO, showed that for the same people riding at the same speed, calorie burn rate on a StreetStrider is 50% higher than on a bicycle.

Stationary elliptical cross trainers, while providing jogging-like exercise suitable for the human anatomy, are designed with a large inertial fly-wheel for smooth, constant motion. Once this fly-wheel is rotating, it requires less effort to maintain the rotational momentum of the fly-wheel mass, allowing the indoor elliptical rider to reduce upper body work. Core muscles are not used for steering or stability on a stationary elliptical as they are with the StreetStrider. In addition, there is no adventure or fun associated with a stationary device. In fact, substantial efforts are made to provide the indoor elliptical user with video and TV distractions to reduce the onset of boredom. A study commissioned by the American Council on Exercise, America's authority on fitness, and performed at U Wisconsin La Crosse led by John Porcari, PhD, found that at the same level of exertion, calorie burn rate on the StreetStrider is 15% higher than on a stationary elliptical.

The StreetStrider provides superior exercise benefits compared to several common exercise devices such as the spin bike and the treadmill. 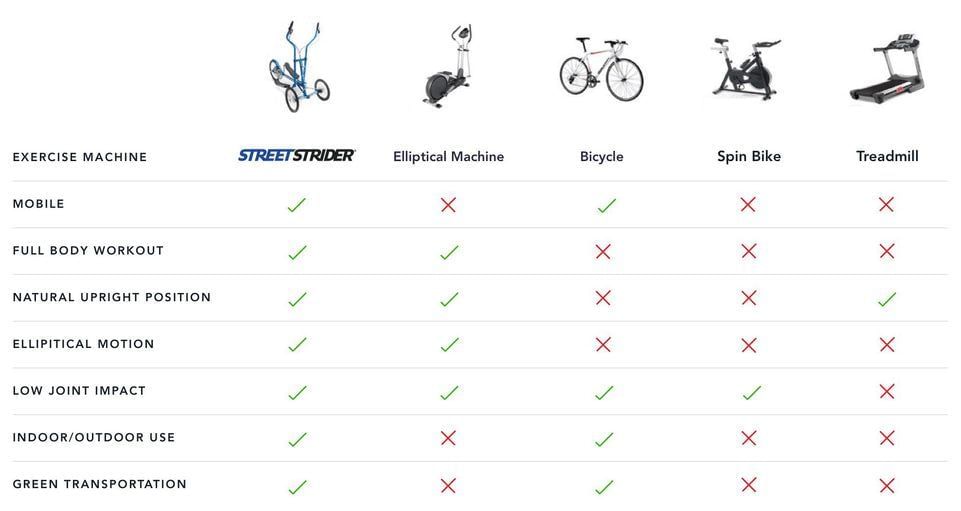